Having already completed the SDK documentation of our core modules, we have started documenting our file format modules and just finished the first two.

Namely, we have documented the API for parsing Microsoft Cabinet files. 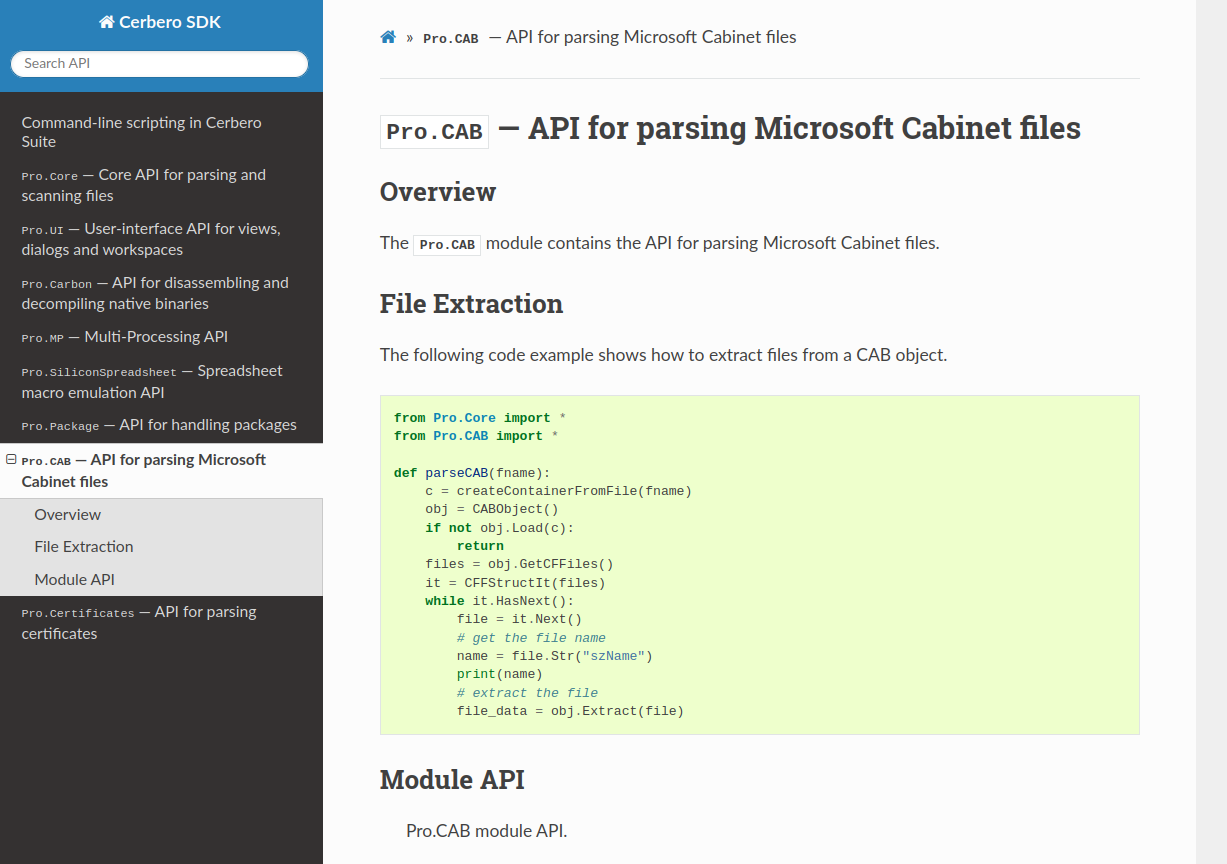 And we have documented our comprehensive API for parsing certificate files in both DER and PEM encodings. 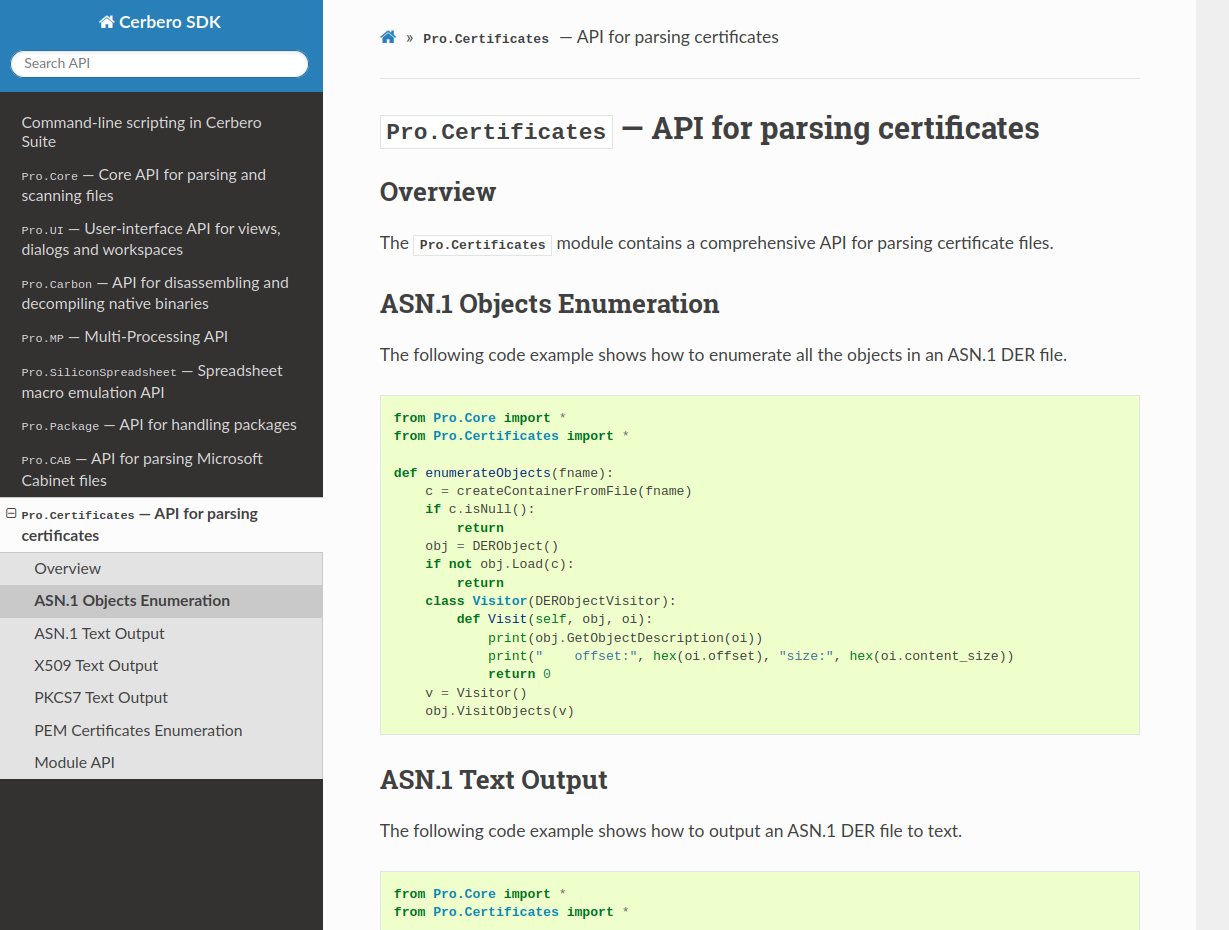 Both DER and PEM encodings for certificates are supported.

You can inspect all types of certificates, including X509, PKCS7 and PKCS12.

We have also exposed the code to our Python SDK in order to make the programmatic parsing of certificates a simple task.

For example, enumerating every ASN1 object in a certificate takes just a few lines of code:

We’ll be fully documenting the Pro.Certificates module this year.

Based on RSA’s PKCS7 standard, Authenticode is the technology developed by Microsoft to digitally certify programs and drivers on Windows. Trusted signatures guarantee that the certificate owner is indeed the author of the signed executable, and also that the data itself has not been tampered with by anyone else.

In a default configuration scenario, the operating system considers these signatures during all but three events:

Point two is a weak security measure for the following reasons:

Also the verification is not self evident if done manually using Windows Explorer, as the properties dialog doesn’t show the validity of the certificate until the user clicks the “Details” button. This is highly misleading, because the user might get a false sense of security by just checking whether the executable contains a digital signature. 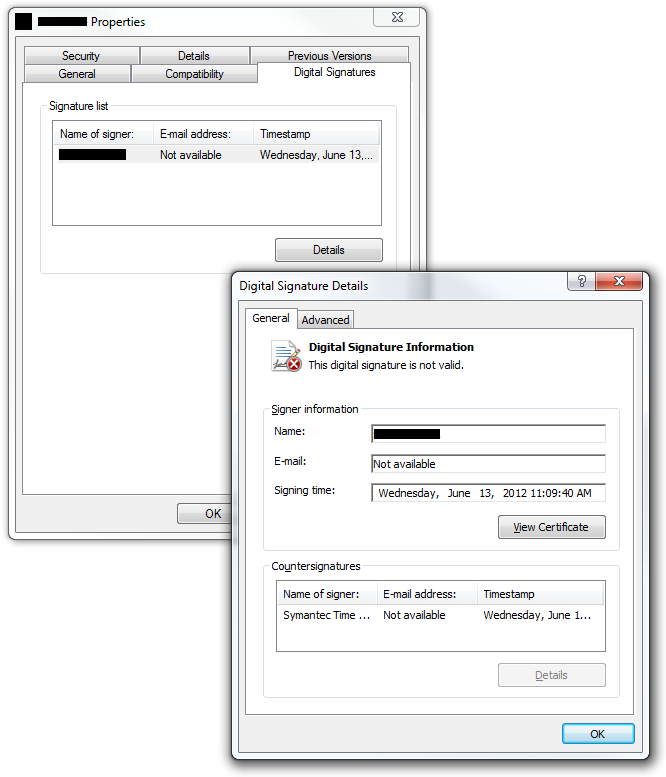 The upcoming version 0.8.6 of the Profiler introduces support for this technology, allowing users to very quickly access and verify code signing information.

The following screenshot shows a perfectly valid digital signature; all the certificates taken from the Authenticode data have been successfully used to build a trust chain that validates the PKCS7 using the system store, which means that those at the root of the tree have been directly validated by the Windows Certificate Store. 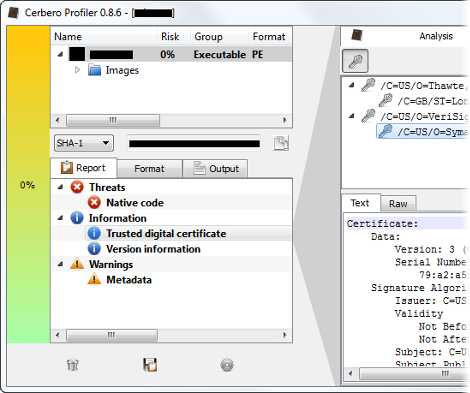 As you can see, the risk factor is set to zero, since the validity of the publisher has been determined. This behavior can be changed from the Risk panel of the options: it is not on by default!

For comparison, the following screenshot shows how an invalid digital certificate is displayed: 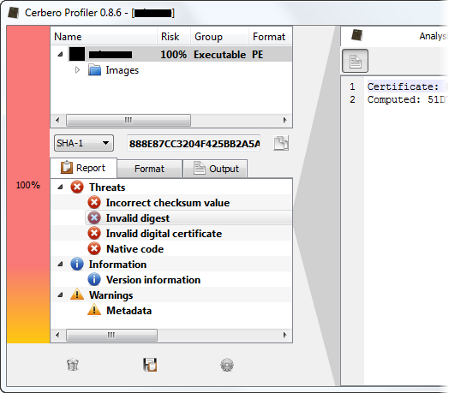 In this case the hash is no longer what expected, issuing both a digest and an invalid certificate errors.
Countersignatures are of course supported and I think you’ll be pleased with how fast our implementation is.