The version 2.9.2 of Profiler is out with two improvements. The first one, is more or less a rewrite of the CCITTFax decoder for PDFs, which has now been tested against more samples.

The second improvement is the addition of support for the new heap introduced in Windows 10.

As with the older NT heap we use an aggressive approach to rebuild the Windows 10 heap as best as we can even if there are missing pages.

The schema below shows the number of chunks found using an aggressive approach versus a soft one in a Win10 x64 image. 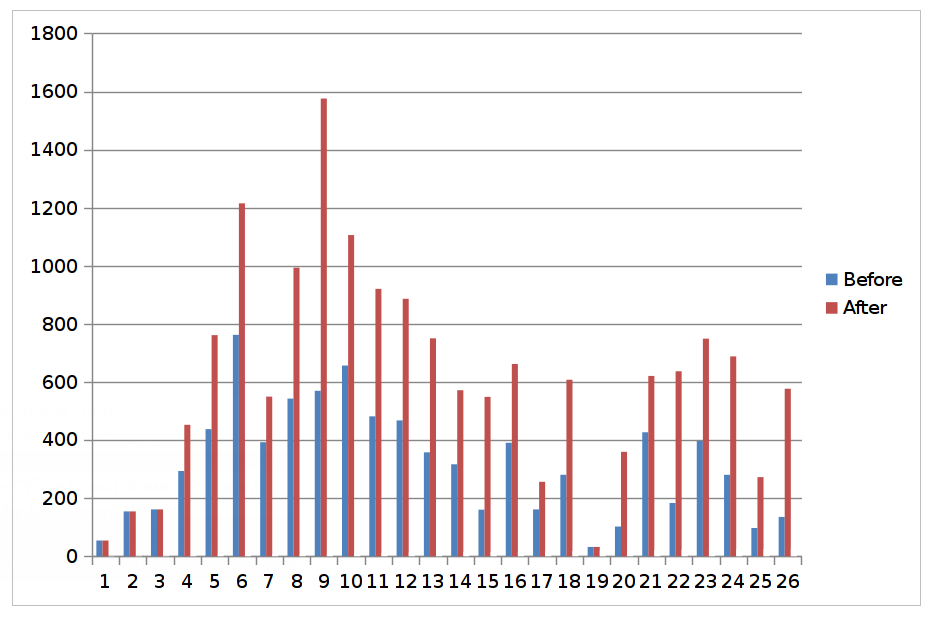