The work on the upcoming 0.9.4 version of the Profiler has just begun, but there’s already an addition worth mentioning in depth: the support for RTF files. In particular there are two things which are quite useful: the preview of raw text and the extraction of OLE objects.

Let’s start with the first one which is very easy. 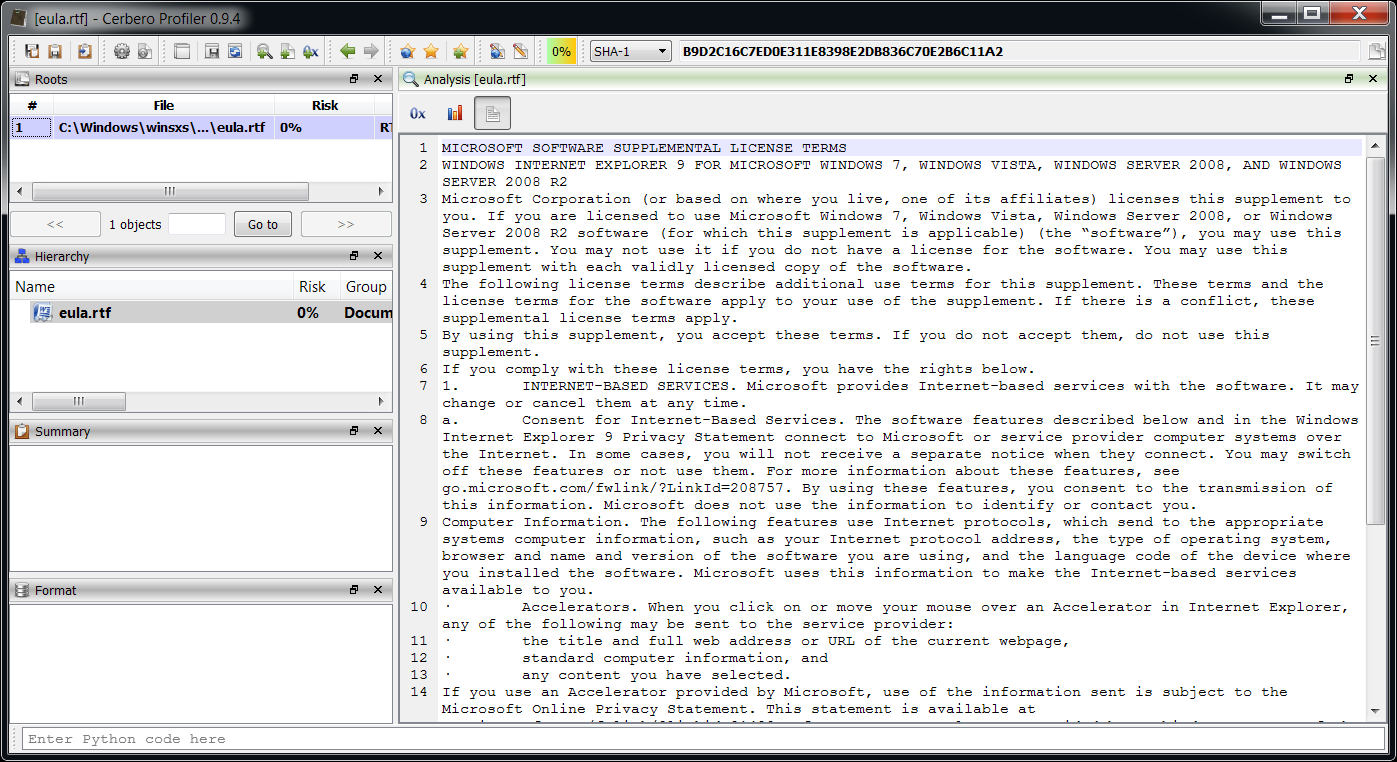 The same text can be retrieved programmatically with the following code:

And now the more interesting part about embedded OLE objects. While RTF is usually regarded as a more safe format than its DOC counterpart, it is able to embed foreign objects through the OLE technology. This technique can be, and is, used by malware authors to conceal the real threat.

Let’s take a look at a file with two embedded objects (a DOC and a PPT). 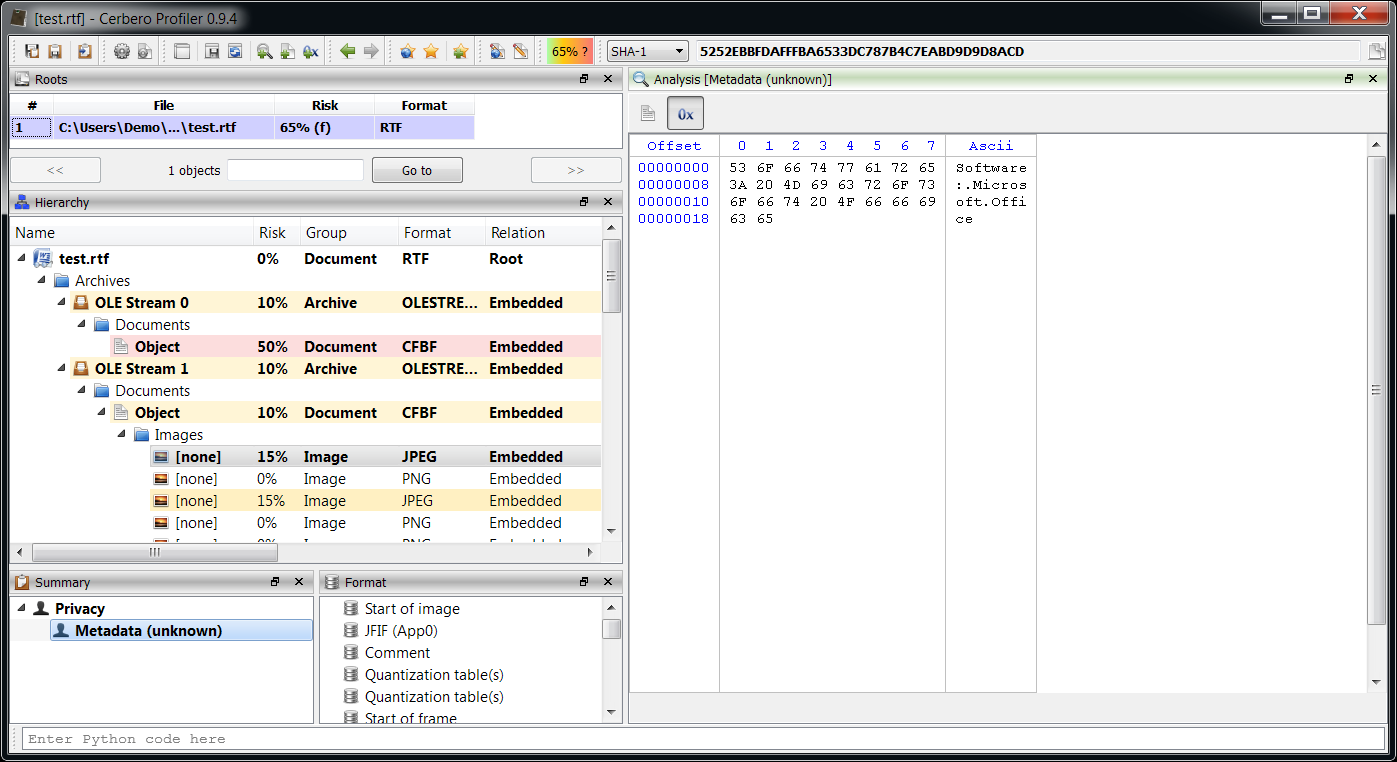 It should be noted that OLE objects in RTF files are stored as OLE Streams an undocumented format (as far as we know). The Profiler is able to parse it nonetheless and it can be observed how this format can contain some interesting information. 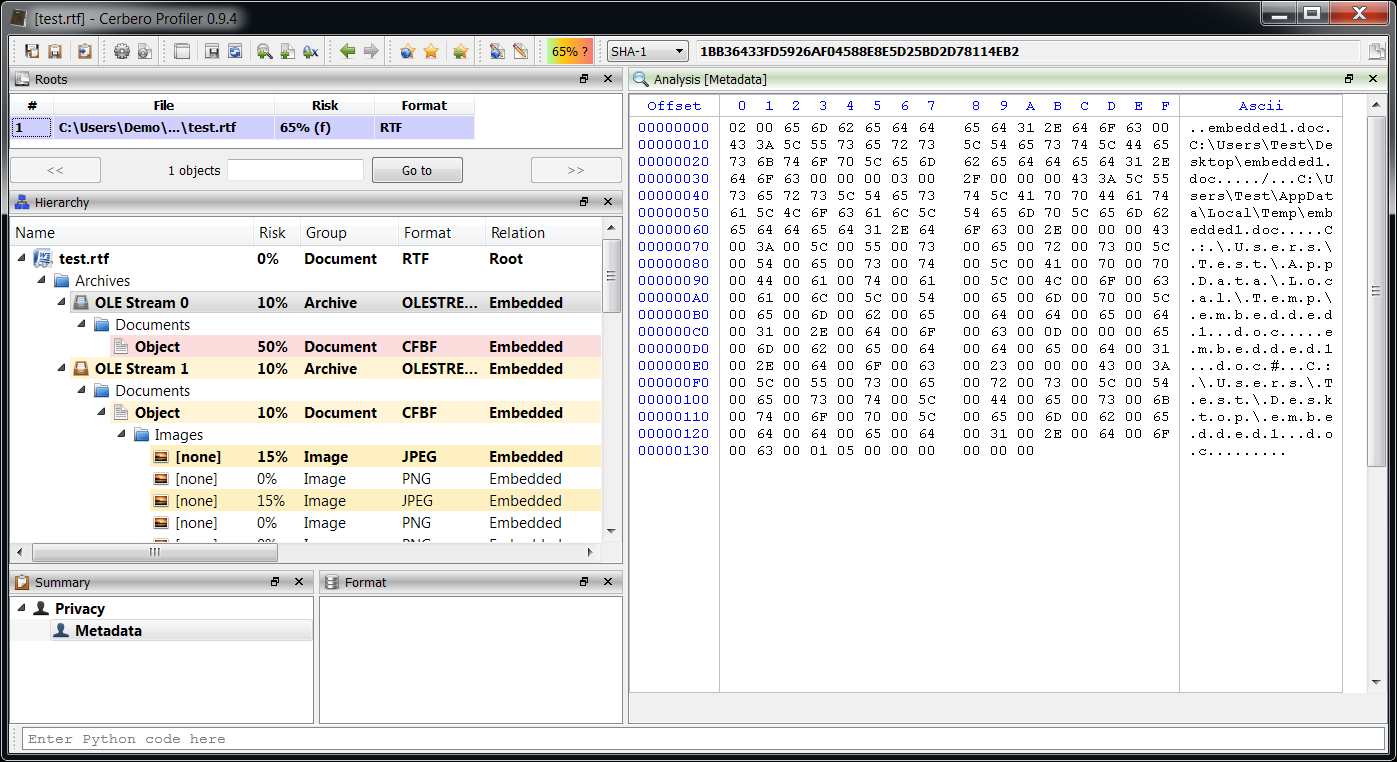 Apart from the original file name we can observe paths which include the user name.